Tense situation at LAGESO: At first, a refugee did not want to wait any longer and jumped over the barrier at the LAGESO entrance. There was a short scuffle, then LAGESO security staff took the camera from a journalist and returned it to him without a memory card. The arrival of numerous police forces caused uncertainty. Individual refugees and supporters called the crowd to calm down. In this situation, police arrested a young man who had come to help the refugees. An officer also used pepper spray which also hit refugees and children sitting on the lawn. Other officials took a journalist working for a Finnish newspaper into custody at short notice. Other journalists who took pictures of this were brutally pushed back with truncheons. Little by little the situation calmed down again. Hundreds of refugees, newly arrived in Berlin in the last few days, are waiting in front of the State Office for Health and Social Affairs (LaGeSo) in Berlin-Moabit for an appointment to register. This is the first step in the official asylum procedure. Last week, numerous people stayed overnight on the grounds so that they could get an appointment the following day. Friday evening, people were accommodated in emergency shelters. Berliners continue to help with donations, the initiative "Moabit hilft" has set up a stand with children's toys. Employees of the institution report a high rate of sick leave, the remaining staff would work intensively to help the people, but there is far too little staff. 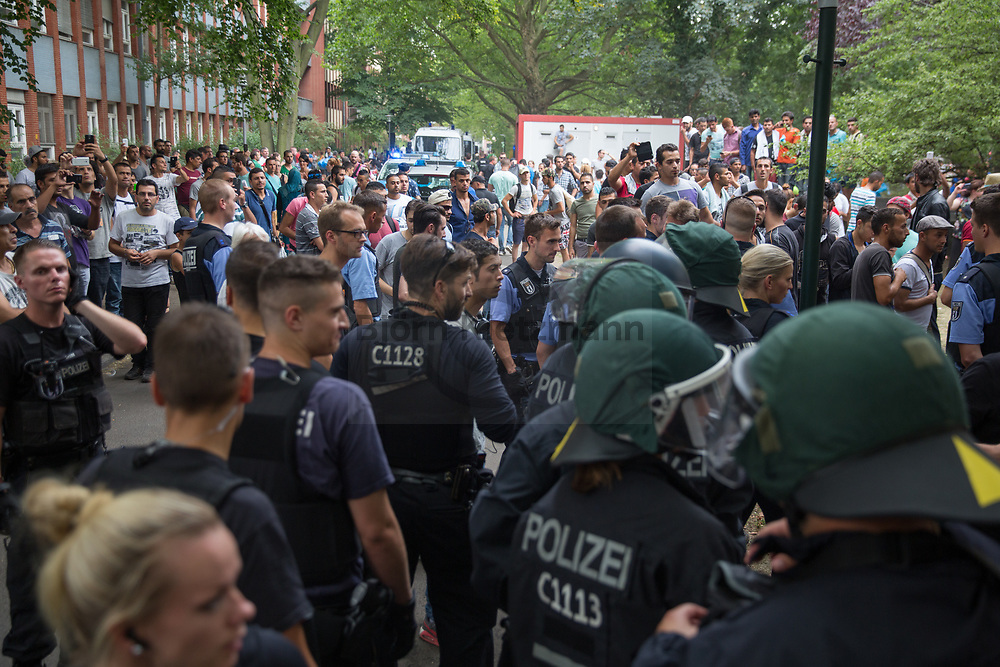